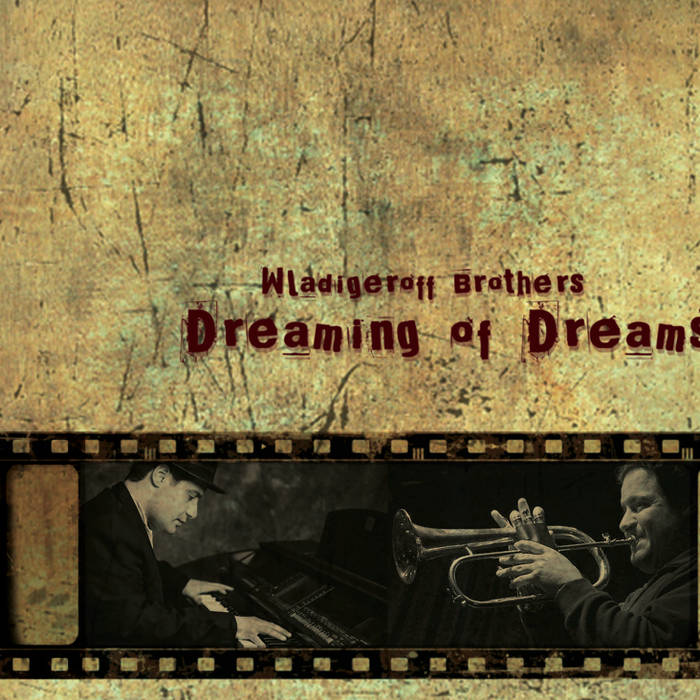 The Wladigeroff family tree is so widespread and complex, that one could lose one’s orientation studying it! The mother an actress, the sister musician, the father a conductor; they even are related to the creator of Dr. Zhivago, Boris Pasternak. Talented and multifaceted: the name Wladigeroff is a synonym for artistic enjoyment of the highest quality. Musicians in the third generation, the Wladigeroff Brothers Alexander and Konstantin were born in Sofia in 1978 and demonstrated prodigious musical talent at an early age. These identical twins, just like their grandfather Pancho Wladigeroff and his twin brother Lyuben, are renowned Bulgarian composers and musicians–Pancho is considered by all means to be Bulgaria’s most important composer. He combined idioms of Bulgarian folk music with the Western art music tradition.
Such an enormous cultural and spiritual heritage could be a heavy burden, but the Wladigeroff Brothers handle it with ease. Alexander (trumpet, flugelhorn, piano) and Konstantin (piano, clarinet, composition and vocals) studied briefly at the Pancho Wladigeroff Music Academy in Sofia, before setting their sails in the direction of Vienna to perfect their art through study and practice. Very quickly the brothers became highly sought after session and theater musicians, with an excellent reputation in Austria and abroad. Already on their debut album “Wanderer in Love“ 2007 they were able to achieve a musical distance to their family clan and shape their own creative profile. With the album “For the Greatest Little Things” 2011 their striving for an ideal fusion of Balkan melodies with gentle jazz sounds reached new heights.
The 12 original compositions on the third album “Dreaming of Dreams” 2014 by the Wladigeroff Brothers display their unmistakable characteristic touch. They call it a “soundtrack for the listener’s fantasy”. On this album they flirt absolutely consciously with art pop sounds and modern grooves derived from Latin and funk. A particular highlight is the eponymous “Dreaming of Dreams” track that is dedicated to their sister Ekaterina and “Los Gallos de la Habana”, a song inspired by a trip to Cuba.
Musicians from Colombia to South Africa such as Juan Garcia Herreros, Flip Philipp, Roberto Quintero, Marta Pulido, Stoyan Yankoulov, Kiril Valeri, Janiz Kern, Daniel Mesquita & Melissa Cileman among others are featured on this double album. These exceptional artists fill it with a rainbow spectrum of fresh and unexpected tonal combinations. An explosion of pleasurable acoustic associations arise while listening to “Dreaming of Dreams”: Stevie Wonder and Take 6 come to mind during the ballads, while old masters like George Duke and Jeff Lorber are evoked on the instrumental numbers, and Sting is conjured up by the lyrical songs with their texts in English and Spanish. The Wladigeroff Brothers are musical contemporaries of Lizz Wright and Sachal Vasandani, and like them, deliver the finest melodious acoustic-electric jazz mix to be found today.
Boris Pasternak said that “talent in the highest and widest sense of the word is a gift of life”. With the feel-good album “Dreaming of Dreams” the Wladigeroff Brothers once again share their unique musical talent with us, their soulful joy and energy, and we gladly accept their gift. (Renée Gadsden)

Special Thanks to Willy our mother and Kätchen -our sister for their bright fate, spirit, confidence,
endless love and last but not least their collaboration to our creative work.

All compositions by Konstantin Wladigeroff
All songs arranged by Wladigeroff Brothers