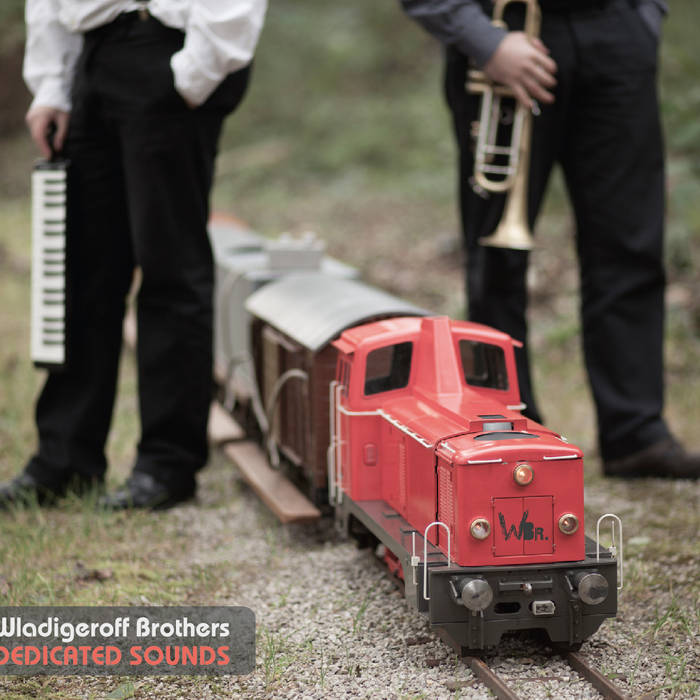 The 12 original compositions on the newest album “Dedicated Sounds” 2014 by the Wladigeroff Brothers display their unmistakable characteristic touch. On this album they flirt absolutely consciously with art pop sounds and modern grooves derived from Latin and funk. Particular highlights are the eponymous “Dedicated Sounds” track as well as the very inspired song and reprise “In Front of the Train”, with beautiful poetic lyrics by the great Bulgarian writer Vladimir Bashev (1935 -1967).
Musicians from Colombia to South Africa such as Juan Garcia “Snow Owl” Hererros, Flip Philipp, Roberto Quintero, Peter Herbert, Vassil Petrov, Stoyan Yankoulov, Janice Kern, Daniel Mesquita and many others are featured on this album. These exceptional artists fill it with a rainbow spectrum of fresh and unexpected tonal combinations. An explosion of pleasurable acoustic associations arise while listening to “Dedicated Sounds”: Sting is conjured up by the lyrical songs with their texts in Portuguese, French and Bulgarian. Stevie Wonder and Take 6 come to mind during the ballads, while old masters George Duke and Jeff Lorber are evoked on the instrumental numbers – one track is even dedicated to Lorber. The Wladigeroff Brothers are musical contemporaries of Lizz Wright, Cécile McLorin Salvant and Sachal Vasandani, and like them, deliver the finest melodious acoustic-electric jazz mix to be found today.
Boris Pasternak said that “talent in the highest and widest sense of the word is a gift of life”. With the feel-good album “Dedicated Sounds” the Wladigeroff Brothers once again share their unique musical talent with us, their soulful joy and energy, and we gladly accept their gift.
(Renée Gadsden)

With much gratitude and respect to the great Bulgarian poet Vladimir Bashev (1935-1967).

Special Thanks to Willy our mother and Kätchen -our sister for their bright fate, spirit, confidence, endless love and last but not least their contribution to our creative work.

All compositions by Konstantin Wladigeroff
All songs arranged by Wladigeroff Brothers